Home Floral Industry News Before the Halftime Show, a Flurry of Flowers for Queen B

Before the Halftime Show, a Flurry of Flowers for Queen B 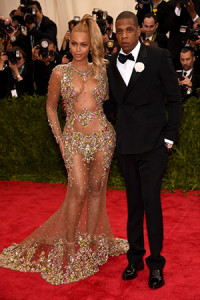 “Crazy in love!” reported Brides Magazine once editors there found out that Jay Z sent his wife, Beyonce, 10,000 roses before her star-studded Super Bowl performance Sunday.

Looking for a little last-minute fodder to share on social media — maybe a pop culture reference to nudge would-be Romeos into action? Why not suggest that sending flowers is just the kind of manly gesture a star like Jay-Z might undertake, when he wants to support his wife?

In fact, according to celebrity magazine US Weekly, that’s exactly what the rapper and media mogul did on Sunday before the highly anticipated Super Bowl Halftime Show, where his wife, Beyonce, was scheduled to perform. In advance of the high-energy show, Jay-Z sent over 10,000 roses.

The romantic gesture set the Internet ablaze, with Brides Magazine swooning, “Crazy in love! This power couple’s romantic gestures are just as big as everything else they do and that became clear with the rapper’s over-the-top gift.”